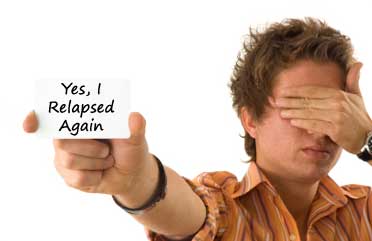 Have you ever felt the extreme need for something that you do not presently have?

Craving could be considered a human instinct, as it occurs when something we love to consume or drink has been deprived to us abruptly.

Human cravings have been based primarily on the concept of classical conditioning, as it becomes a chronic physical symptom or compulsion to continue to take, for instance, drugs to avoid the unpleasant physical effects resulting from withdrawal of that particular drug.

For example, a chain smoker who is deprived from cigarettes will definitely feel uncomfortable. Physical symptoms would appear like salivating, sweating, tremors and the extreme feeling of wanting to get cigarettes no matter what the consequences might be.

Craving is not only limited to cigarettes, but it can be a tremendous physical symptom of alcoholism and drug dependence. For example, a cocaine user is will eventually develop intense craving that would lead to addiction in the end. This is because when you use cocaine; there will be a rapid rise in the cocaine content of the blood that reaches a peak some five to ten minutes after inhalation. A rise in blood pressure, body temperature, heart rate, and respiratory rate then occurs. These physiological events are accompanied by an intense euphoria, followed by a “crash” consisting of severe depression, agitation, and cocaine craving about ten minutes later.

The user may attempt to diminish the cravings by smoking cocaine again. This goes on and on and the sequence is called a “spree” (this term is also applicable to the use of cocaine by other routes of administration), in which the cocaine user develops this habit and cannot just stop abruptly, or else the user will develop unpleasant withdrawal symptoms.

After cocaine addiction becomes firmly established, withdrawal symptoms are so pronounced and craving for the drug is so powerful that few addicts succeed at recovering without experiencing several relapses before they reach their final goal, if they can reach it. Because of its power, scientists have studied cocaine addiction longer than they have studied addiction to other drugs. Drug users develop dozens of cues that work to motivate them to keep taking drugs. Many cocaine users would literally want to obtain money by all means just to purchase the drug.

Later, they learn to associate a neutral piece of paper money, with the act of snorting cocaine and the feelings the drug evokes. After a while, the sight of a rolled-up bill becomes a cue that provokes a craving for cocaine in these drug users. In fact, because drug addicts constantly need money to buy the drugs to which they are addicted, the sight of any money can provoke craving.

Now, could a drug addict be saved from that crave? With a persistent willingness to change your bad habits and agreeing to undergo an effective drug rehabilitation program, these cravings could diminish eventually, until it goes away permanently by living a clean lifestyle. It is not easy way but it is the only way to be saved not only from crave, but from destroying your life entirely.